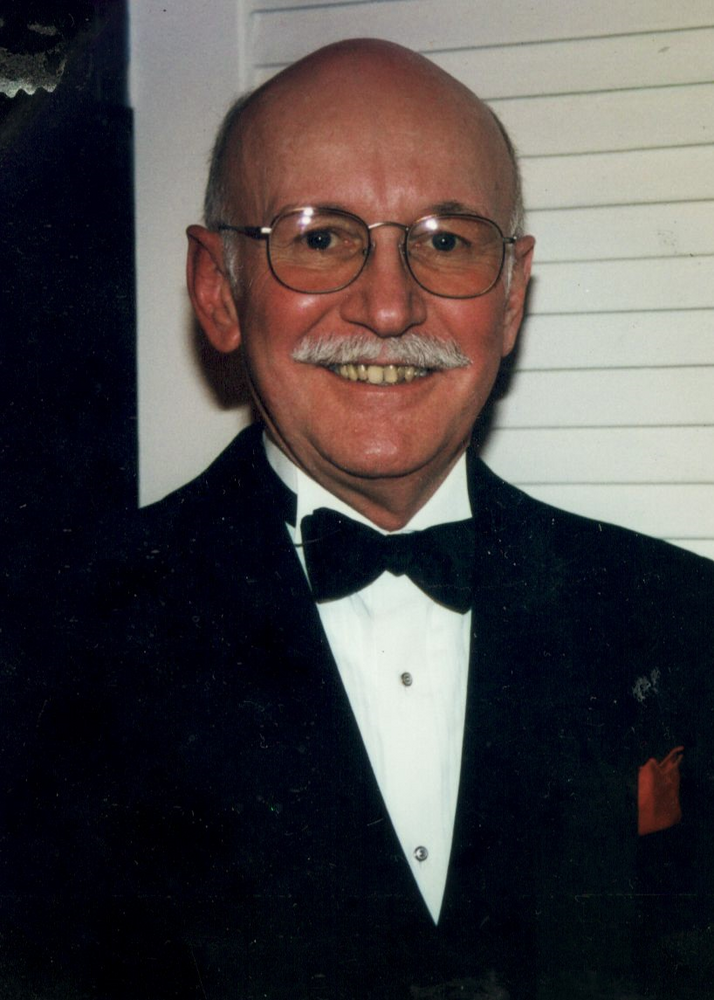 Please do not send flowers.  Instead, consider making a donation to the Lehigh University Athletic Fund.

Kenneth J. Verostick, Sr., passed away as peacefully as he lived on July 15, 2022, surrounded by the family and music he loved. A longtime resident of Montclair, New Jersey, Ken was 88 years old.

The son of Mary (née Hunter) and Joseph Verostick, Ken was born on New Year’s Day in 1934 and grew up in Elizabeth, New Jersey. He attended The Pingry School, graduating in 1951; in addition to earning his Bachelor of Arts in finance in 1955 at Lehigh University, he was a loyal brother of the Sigma Phi fraternity, an active member of the Mustard & Cheese theater group, and head cheerleader.

Fluent in German, he studied Hungarian at the Defense Language Institute and served with the Army Security Agency in Frankfurt am Main, Germany, doing intelligence work in the aftermath of the Hungarian Revolution. He returned to the States in 1959 and was honorably discharged in 1962.

It was through regional theater that he would meet Roberta “Robie” Wright, and they married in July 1972. They made their home in Montclair, NJ, and had two sons: Alan Wright, born in 1973, and Kenneth Joseph Junior, born in 1976. Music would be central in all their lives. Ken starred in dozens of musicals, including performances at the McCarter Theatre Center in Princeton, NJ; both he and Robie became lifetime members of the Montclair Operetta Club; and his sons were involved with a variety of instrumental groups and songwriting.

Ken built a more than 28-year career at AT&T in human relations, management and executive education, and leadership development programs. After his retirement in 1987, Robie and Ken started their own management education/consulting chapter of the Institute for Management Studies. As founding chairs for the Philadelphia region, they would grow the chapter and host seminars for thousands of managers and executives.

At the same time, Ken remained a dedicated alumnus of Lehigh. He was Class Agent for more than 25 years, served as Class President, and participated on multiple reunion committees. He was recognized with the university’s distinguished Alumni Award in 1995, and his sons Alan and Ken Jr. became Lehigh alums themselves.

A memorial Mass will be held at the Church of the Immaculate Conception, located at 30 North Fullerton Avenue, Montclair, NJ, on Wednesday, July 27 at 11AM. A private burial will be held by the family at a later date. In lieu of flowers, the family prefers gifts to be made in Ken’s memory to the Lehigh Athletics Partnership: Lehigh University - Taylor Gym, 641 Taylor Street, Bethlehem, PA 18015-3187.

Share Your Memory of
Kenneth
Upload Your Memory View All Memories
Be the first to upload a memory!
Share A Memory