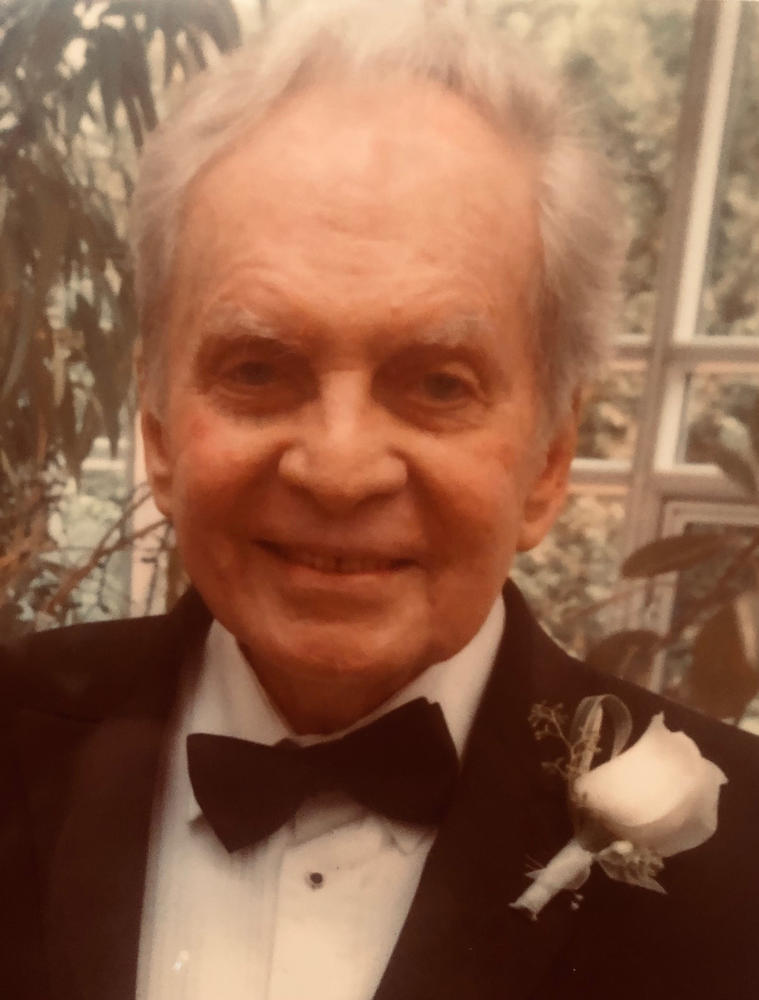 Please share a memory of Philip to include in a keepsake book for family and friends.
View Tribute Book

Dr. Philip W. McGinn, Jr., age 96, passed away peacefully on May 18, 2022.  Formerly of Portland, Maine, Ashland, Massachusetts, Kalamazoo, Michigan and Glen Ridge, New Jersey, he was a resident of Upper Montclair, New Jersey for the past 56 years.

Funeral from the Hugh M. Moriarty Funeral Home, 76 Park Street Montclair on Monday May 23 at 9AM then to Saint Cassian Church, 187 Bellevue Avenue Upper Montclair where at 10AM a mass of Christian burial will offered.  Visitation Sunday 4-7PM.

He met the love of his life, Mary Delores Antonucci, after his military service, and was married for almost 69 years.  Dr. Philip was beloved by many as a wonderful husband, father, grandfather and great-grandfather.  He was also a very generous donor to many wonderful charities for the poor and underprivileged. He was a beloved professor and Dean of the School of Health Professions at Long Island University, Brooklyn, NY, for many years; after an illustrious business career in the pharmaceutical industry, rising to the position of Vice President of Marketing for Ayerst International.  He was an avid traveler, both for business and with his family here in the United States and Canada, as well as to Europe, the United Kingdom, South and Central America, the Middle East,  the Far East (Japan, China and the Philippines), Australia and South Africa.

Dr. Philip was a consummate family man, making sure he attended all of his children’s and grandchildren’s special events, extending great love, generosity and encouragement toward one and all.  He also greatly loved and looked after his younger siblings, parents, nieces and nephews, always sending gifts and encouragement to all. Having grown up during the Depression and having served in World War II, he had many challenges as a young person.  He was a strong man of faith, an active member of St. Cassian RC Church in Montclair, as well as rising to the position of Grand Knight in the Knights of Columbus.  He excelled in many things, including music. He loved to sing to his lovely wife every day, and was known for his love of singing and music, delighting family and friends at every occasion with a song.  He was an avid sports fan as well, and enjoyed watching his children and grandchildren’s games through the years, encouraging them to enjoy sports, as he did.   He will be greatly missed by all who knew and loved him.  He leaves a legacy of kindness, compassion, mercy, love, and great generosity.

To send flowers to the family or plant a tree in memory of Philip McGinn, please visit Tribute Store
Sunday
22
May

Share Your Memory of
Philip
Upload Your Memory View All Memories
Be the first to upload a memory!
Share A Memory
Send Flowers
Plant a Tree