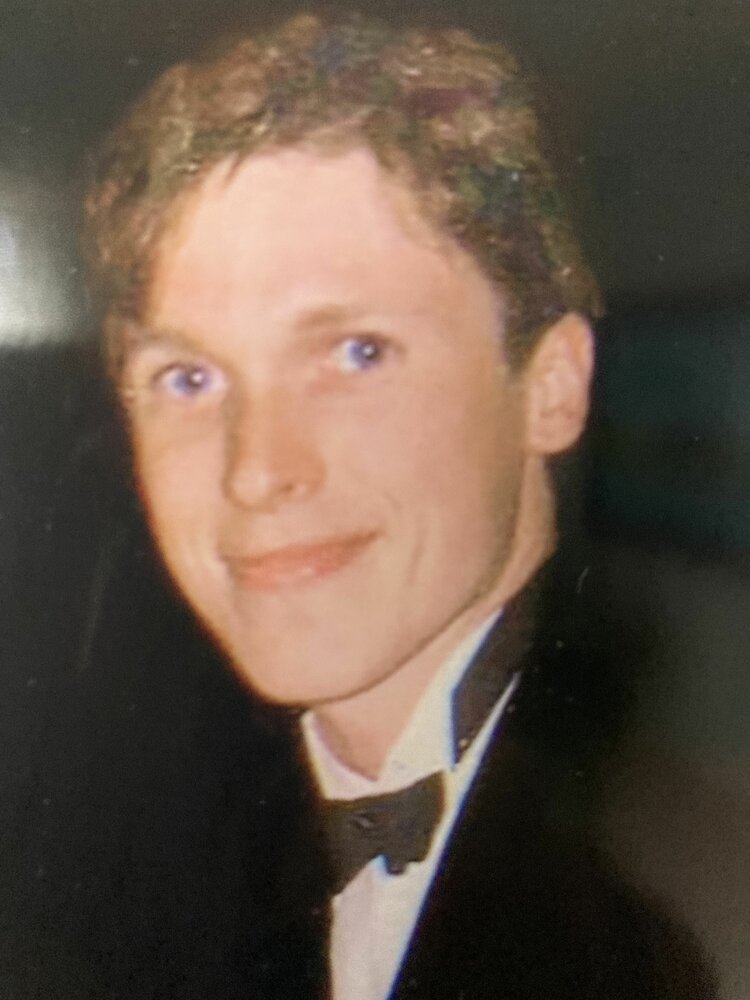 Please share a memory of John to include in a keepsake book for family and friends.
View Tribute Book

John Joseph Reilly was born in New York City on August 4, 1968 to Eileen J. and Frank J. Reilly. The eldest son of four children, he grew up in Ridgewood and Saddle River, New Jersey. John attended Don Bosco Prep in Ramsey. Along with his academic work, he ran track and cross country, played soccer, skied, and swam.

John had a life-long interest in writing. He completed a Bachelor of Fine Arts in English at Stanford University in 1993 and a Master of Fine Arts in Creative Writing at New York University in 2003. He went on to write and direct the documentary Bystander in 2006, which included the last recorded interview with Hugh Thompson Jr. discussing his role in the My Lai massacre, and which was screened in eight cities as part of the 9th United Nations Association Film Festival. He also wrote a number of plays, including American Saint and In the Silo. His work was always driven by a passionate belief that people who see oppression happening should intervene.

John was a talented programmer, with a patent on procedures for consumer protection and empowerment. He also devoted two years to upgrading and revitalizing The Fireplace Restaurant, his family’s business in Paramus.

John was unfailingly generous with his time and energy, especially to friends and family. When his mother was ailing, he would call her every day to say the full rosary; he died one day before the first anniversary of her death.

We are heartbroken by John’s sudden and unexpected departure on March 5, 2022. He will be interred at the Immaculate Conception Cemetery in Upper Montclair on March 19 at 11:00 AM, with a private reception following. The family appreciates any good thoughts and prayers. Please keep him and his family and friends in the light. Donations should be made in Eileen Reilly’s name to the Cure Alzheimer’s Fund https://curealz.org/ or in John’s name to the Animal Care Centers of New York https://www.nycacc.org/about

John, you will be greatly missed by many. Please rest in peace, dear sweet soul

To plant a beautiful memorial tree in memory of John Reilly, please visit our Tree Store

A Memorial Tree was planted for John
We are deeply sorry for your loss ~ the staff at Hugh M. Moriarty Funeral Home
Join in honoring their life - plant a memorial tree
Online Memory & Photo Sharing Event
Online Event
About this Event

Look inside to read what others have shared
Family and friends are coming together online to create a special keepsake. Every memory left on the online obituary will be automatically included in this book.
View Tribute Book
Services for John Reilly
There are no events scheduled. You can still show your support by planting a tree in memory of John Reilly.
Plant a tree in memory of John

Share Your Memory of
John
Upload Your Memory View All Memories
Be the first to upload a memory!
Share A Memory
Plant a Tree