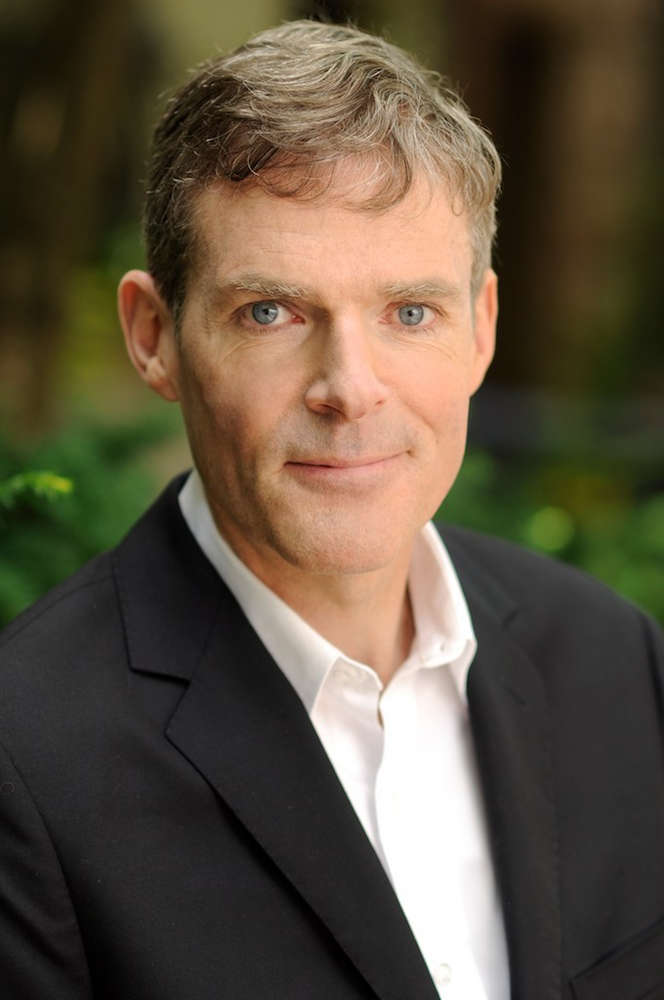 Charles P. Conrad died November 21 at his home in Montclair, from complications of ALS. He was 61.

Charlie grew up in Conrad, Montana, graduated with high honors from the University of Montana with a BA in English, and earned a master’s degree in library science from the University of Wisconsin. He attended the Denver Publishing Institute before moving to New York to work in book publishing, where he met his wife, Becky Cabaza, shortly after arriving. They married in 1990, moved to Montclair in 1993, and had one son, Carlos, a 2019 graduate of Montclair High School.

Conrad edited some of the biggest names in narrative nonfiction, among them Frances Mayes and Jon Krakauer. His illustrious, decades-long career spanned several publishing imprints – including Doubleday, Broadway, Crown, and Penguin – and genres of travel, memoir,

Charlie was a voracious reader and consumer of magazines and newspapers (he preferred old-school print), and a lover of good food and wine, music and conversation—especially when it was all served up at once. He was also a devoted husband and father, a regular patron of the Montclair Public Library, and a committed long-distance runner who never let bad weather stop him from hitting the roads of Montclair and Glen Ridge, rarely missing a local 10K. Charlie loved to travel and explore, especially in Italy, and his family’s annual summer adventures there were always made more memorable by his determination to go off the beaten path, avoiding tourists and discovering new places. Though he thrived in New York, Charlie was proud of his small-town roots and delighted in sending donations of books to the Conrad Public Library.

He was funny, smart and kind, and was beloved by many.

In addition to his wife Becky and son Carlos, Charlie is survived by his sister Monica Paoli (David), his brother Damian (Pam) and numerous nieces and nephews. His family is extremely grateful to the good people of Valley Hospice. Charlie was able to remain comfortably at home, surrounded by who and what he loved, largely thanks to hospice. A memorial service will be announced for next May, when friends and family can gather to celebrate his life. Memorials can be made to the scholarship established in his name through the Montclair Scholarship Fund (http://montclairscholarshipfund.org).

Share Your Memory of
Charles
Upload Your Memory View All Memories
Be the first to upload a memory!
Share A Memory
Plant a Tree