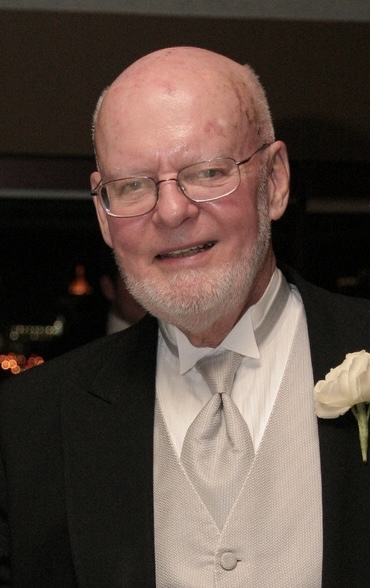 Please share a memory of E. to include in a keepsake book for family and friends.
View Tribute Book

Edward Joseph (Joe) Calnan passed away peacefully at home in New York City on Sunday, April 4th, 2021 at the age of 87. He leaves behind his wife of sixteen years, Patricia Turner, as well as his six children, sixteen grandchildren, and three great grandchildren. Joe was predeceased by his first wife and mother of his six children, Barbara Jane (Hutchison) Calnan in 1996.

Joe was born on September 8, 1933 in St Catharines, Ontario to Edward and Lydia (Upton) Calnan. Enduring the tragic loss of his father in the Canadian Pacific Air Lines Flight 108 bombing at age sixteen, studious Joe persevered and earned a public speaking award scholarship to follow in his father’s footsteps at the University of Toronto. He earned a degree in Chemical Engineering and was offered a job with Esso straight out of university in Aruba.

In 1956, he married Barbara and they began their adventure by moving to the Netherlands Antilles. Whilst there, they had their first three children and made many lifelong friends. Joe became an avid SCUBA diver when the sport was still very novel, and equipment was often homemade.

In 1961, Joe was transferred to Exxon Headquarters in New York City. He and Barbara settled in Nutley, New Jersey, had three more children, and made numerous wonderful and supportive friends, many of whom they met from their involvement in St. Mary’s Catholic Church.

In 1970, Joe and family moved to ‘168’ in Montclair, NJ where he lived for over forty years before retiring to Manhattan. During these decades, Joe founded Firebird Petroleum Corporation which lead to many business trips and adventures to lands far and wide. He often fondly recalled memories of his time living in London, UK in the late-80s and early-90s where he made many friends and discovered his love of sailing, earning his Yachtmaster Offshore Certificate of Confidence from the Royal Yachting Association.

Joe married Patricia (Pat) Turner in 2004.The couple shared many sailing voyages together in the Caribbean in the company of friends and family. They passed on their love of sailing to their grandchildren. In summers, they hosted "Grandad's Sailing School" at their home on Wolfe Island, Ontario, Canada, sponsoring all of the grandchildren to attend sailing camp at the Kingston Yacht Club, Ontario, Canada.

Joe and Pat also spent time in East Hampton, where they were fabulous hosts for countless friends and family. Joe took up cigar smoking when he turned 70, no longer concerned by their long-term effects. At the end of a day, Joe often enjoyed quietly sitting outside or fireside, drink in hand, savoring the moment. Joe also loved to learn and read voraciously. He instilled in his children and grandchildren the importance of working hard and education, a love of nature and the outdoors, and how to live by the golden rule.

A funeral mass will be held at Saint Cassian Roman Catholic Church, 187 Bellevue Ave, Montclair, NJ 07043, on Saturday, April 10th at 10 AM. Due to limited seating as a result of Covid, the service may be attended virtually via live stream at https://stcassianchurchuppermontclair.org/(click “Watch Now” under the “Quick Links” heading).

In lieu of flowers please consider donating to the University of Toronto scholarship fund: https://engage.utoronto.ca/site/SPageServer?pagename=donate#/fund/1329

Share Your Memory of
E.
Upload Your Memory View All Memories
Be the first to upload a memory!
Share A Memory