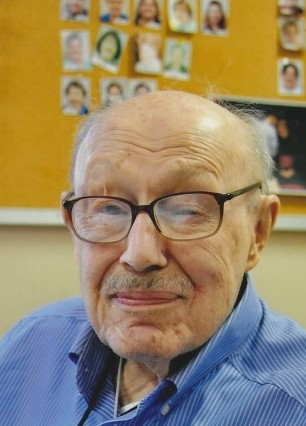 Andrew was born in Budapest, Hungary to Dr. Albert and Dr. Nina Szilaszi Fono on April 24, 1923, He studied Chemistry and Physics at Tasmany University in Budapest. Andrew received his PhD at the age of 22. After graduating he went to Sweden to do research at the University of Stockholm (under Dr. Euler and Dr. Hevesi - Nobel Peace Prize Winners). During that time he learned English and Swedish. In 1947 he came to the United States to do research at the University of Chicago. After that he worked at the Firestone Tire Company then at Royce and Company in East Rutherford until his retirement in 2014 at the age of 91.

Andrew is survived by his wife Ingeborg Fono, his sons Nicholas Fono, Willi Waizenegger and daughter Brigitte Parisen and her husband David Parisen, his grandchildren Ian Parisen, Victoria Parisen, and Christopher Waizenegger. He is preceded in death by his first wife, Edna Snyder Fono, daughter Penelope Fono and his brother Peter Fono.

In lieu of flowers, if you wish to make a memorial contribution, Andrew’s favorite charity was St, Jude Children’s Research Hospital. They can be reached at 800.608.3023

Share Your Memory of
Andrew
Upload Your Memory View All Memories
Be the first to upload a memory!