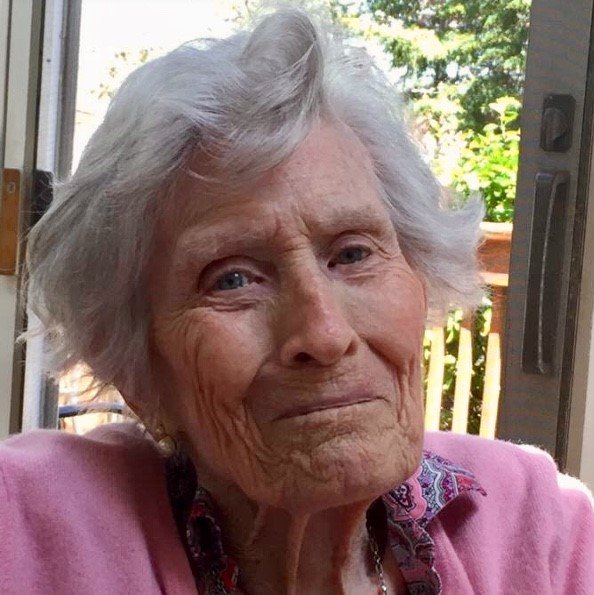 Jane Maloney Stanton passed away peacefully on April 3rd at the Van Dyk Nursing home in Montclair, NJ.  She was 91.

Born Jane Emily Maloney in Philadelphia in 1927, she was one of Charles and Anna Maloney’s seven children.  As a young girl she attended the Visitation Academy, an all-girls boarding school in Fredrick, MD.   Run by the Visitation Sisters, the academy was known for its academic excellence and traditional curriculum.  Jane attended the school from 1932 until she graduated in 1944 with her high school diploma. Later in life she liked to joke that the sisters laid out two possible vocations for their young charges:  become a nun or marry and raise a large family.

In 1945, Jane enrolled at Georgetown Visitation Junior College and graduated in 1947.  She then moved back to Philadelphia and worked until 1954 for the City of Philadelphia as a medical secretary in the Department of Welfare. During these years she met her future husband, Thomas J. Stanton, Jr. at a party in Washington, D.C.   They married in 1954 and first moved to Woodridge, NJ and shortly thereafter to a small three bedroom house in Montclair. By 1963, there were not two but nine Stantons, all quite cozy in their small home, four boys in one bedroom and three girls in the other.

In 1969, the family moved to a much larger house across town. In the same year, Jane’s last child, Bob, was born.  The 1970s were a fun, if at times chaotic, decade for the family, with a household full of often rebellious teenagers and rapidly changing social norms.  Among other things, Jane was influenced by the women’s movement and carried this out in practice by changing many of the roles and responsibilities in the home.  She was also determined to be more independent and soon returned to school to earn her BS in Nursing from Rutgers University in 1984 and worked at Montclair Community Hospital as a registered nurse.

As her children left home for college and work, she became more actively involved in the community and the church.  She expanded her role at the St. Vincent’s Nursing Home Auxiliary, an independent entity whose mission was to enhance the quality of life of the nursing home’s residents.  A volunteer for 50 years for the organization, Jane held a variety of leadership positions, including chairing events, several board positions and later became board president.  As president she shepherded organizational advancements, including the incorporation of the organization to allow independent fund raising and other activities.  Along with her husband, she became involved in promoting and fundraising for the COPE Center, a Montclair based drug and alcohol rehabilitation and community outreach organization.  Jane was a volunteer driver for the Montclair Ambulance Unit.  Following the death of her son, Bill, in 1993 she and other parishioners at the Immaculate Conception Church founded the We Care Ministry which provides support and weekly hot meals to persons with HIV and AIDS.  We Care continues this work to this day.   Jane was an active member of the Immaculate Conception Parish for over 50 years and was a long time Extraordinary Minister serving shut-in and nursing home residents.

After her husband’s retirement from his long banking career, Jane and Tom were finally able to travel and took trips to Europe and Asia.  Around the same time, they purchased a home in Bozeman, Montana and travelled there frequently with family and friends.

Jane was an avid gardener and for many years maintained the beautiful grounds at the Montclair home.  She paid special attention to a wide variety of perennial flowers, rose bushes and ornamental trees and shrubs. For many years she planted a large, organic vegetable garden which supplied the family with fresh vegetables.  She was a member of the Montclair Garden Club.

After the sudden death of her husband in 1998, Jane moved to a condo in West Orange and bought a summer home in Sea Girt, NJ.  She always loved the shore and it was a wonderful place for her to spend time with her children and grandchildren.

A Mass of Christian Burial will be held on Monday, April 8, at 10:30 a.m. at the Immaculate Conception Church in Montclair. Visitation will be held Sunday from 2 to 6 p.m. at the Hugh M. Moriarty Funeral Home, 76 Park Street, Montclair.

To send flowers to the family or plant a tree in memory of Jane Stanton, please visit Tribute Store
Sunday
7
April

Share Your Memory of
Jane
Upload Your Memory View All Memories
Be the first to upload a memory!
Share A Memory
Send Flowers